I was at Best Buy and on an impulse purchase, I bought Oldboy because it made quite clear, all over the box, that it had DTS Audio. 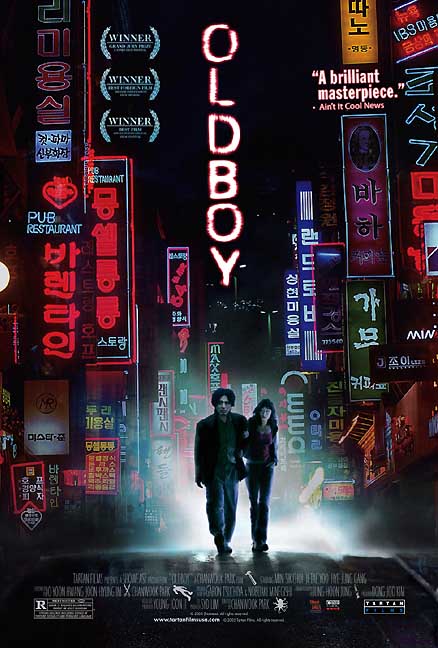 The movie starts out with a man, Dae-su, who has been out for a heavy night of drinking. He?s at the police department, taken in for public drunkenness. His friend comes to pick him up and take him home, but before he can get home, Dae-su vanishes. The next thing he knows he?s in a prison without knowing why or for how long. He stays in prison for 15 years until he mysteriously was released. He then finds out he has four days to find out who imprisoned him and why.

The movie gets a ten for style in my book. It steals a concept from Pulp Fiction in a scene and draws a dotted line between a hammer and where it is aimed. The fight scenes are decent but the ultraviolence is not quite up to par with Audition for instance. With this said, onto the plot. The plot is lacking in the extreme sense, and what plot there is, honestly, is stupid. Overall, it was entertaining to watch, but beyond that not much else.

Sidenote: I recently discovered they are making an American version. Yuck.